Beautiful countryside, a cosmopolitan resort, historic sights as well as sporting activities, the Pafos region has something for everyone at any time of the year. Whether you are a sunseeker, explorer or someone looking for relaxing holiday with great scenery, there are so many reasons to visit this beautiful part of Cyprus. 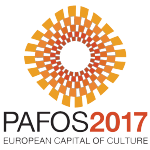 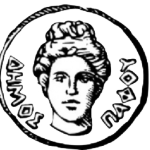 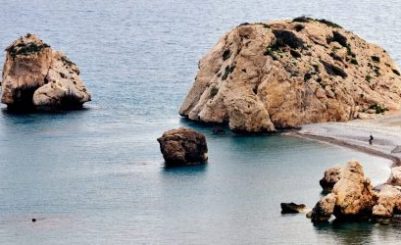 A spectacular beach with breathtaking views, this golden stretch of sandy coast is surrounded by large rocks where the Greek goddess of love goddess Aphrodite rose from the foam of wave here. This place is a great inspiration for artists and poets, the beach has two large rocks and these rocks are called Petra tou Romiou, (“Rock of the Greek”); the rock is supposed to be thrown by the Byzantium warrior, Digenis Akritas who was trying to protect the island from Arab pirates. 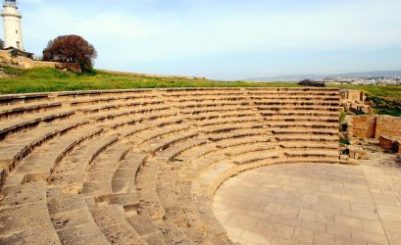 The inclusion of the Kato Pafos archaeological site in the UNESCO World Heritage Sites list came in 1980. Kato Pafos archaeological Park includes sites and monuments from prehistoric times to the Middle Ages. The marvellous mosaic floors of four Roman villas from the impressive epicentre of the finds. The complex includes other important monuments, such as the Odeion, the “Saranta Kolones” (Forty Columns) and the “Tombs of the Kings”. 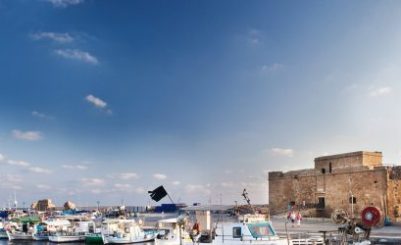 Pafos castle was originally a Byzantine fort built to protect the harbour. It was rebuilt by the Lusignans in the 13th century, dismantled by the Venetians in 1570 during the Ottoman invasion and rebuilt by the Ottomans after they captured the island in the 16th century. The Pafos Medieval Castle is the finish line for all races of the Logicom Cyprus Marathon. 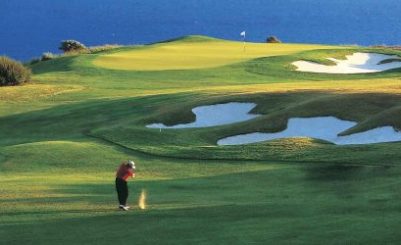 There are four top-class golf courses in the Pafos region situated in peaceful surroundings amidst landscaped hills with spectacular views. They offer luxury villas or apartments for rent or sale, clubhouses, shops, hotels and all the necessary facilities. They are far from the hustle and bustle of the main tourist resorts, yet near enough for easy access. 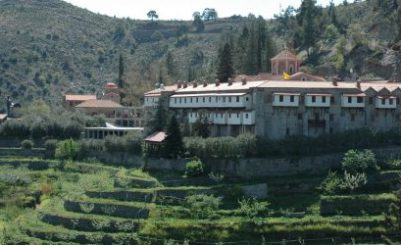 Agios Neophytos is the most important monastery in the district of Pafos. It was founded by the Saint himself in 1170. The church of the monastery was built at the beginning of the 16th century in the style of the Franco-Byzantine basilica with a dome. Excellent wall-paintings of the 16th century are preserved in the church.

Panagia Chrysorroyiatissa monastery is situated near the village of Panagia. According to tradition it was founded in the 12th century when the icon of the Virgin Mary was transferred there by a monk. 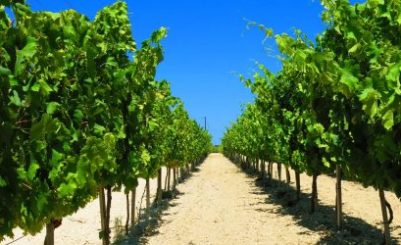 Wine making, is a tradition in Cyprus, with the dessert wine “Commandaria”, being one of the only wines in the world bearing the same name since the 12th century. Cyprus is said to have produced the oldest known wine in history, “Cyprus Nama”, used for the celebrations of Aphrodite worshippers. Appropriately, Cyprus was the home of Dionysos, the god of wine. King Richard the Lionheart made the local wines famous during the Crusades by exporting them for the first time to England. “I must return to Cyprus if only to taste this wine again”. 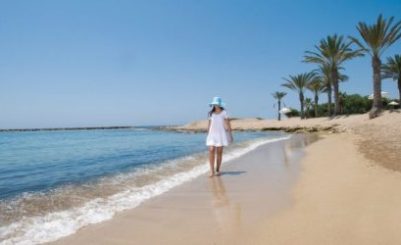 An area with more than 50 km of coast, a total of 27 beaches in the district open to the public, and more than 12 *blue flag awarded beaches, making Pafos a perfect place for swimming, diving or snorkelling all year round.

* Blue Flag is a prestigious, international award scheme which acts as a guarantee to tourists that the beach or marina they are visiting is one of the best in the world 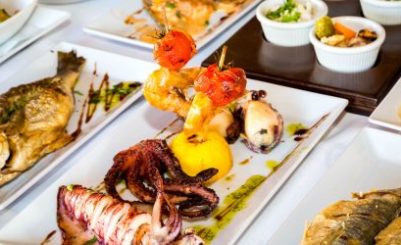 A holiday to Cyprus wouldn’t be complete without trying some of the traditional Cypriot dishes and delicacies. Every taverna (restaurant) offers a “Meze” with a variety of dishes available. The standard meze is either meat or fish for the main dishes and a plethora of small, side dishes ranging from salads, potatoes and eggs to hummus and taramosalata. Every corner in Cyprus from the towns to the villages has traditional souvlaki shops that serve chicken or pork kebabs in pita bread or on a platter. The Cypriot cuisine due to its Greek, Turkish and Middle Eastern influences offers some unique dishes and culinary experiences.

Stay in touch with the Logicom Cyprus Marathon

YOU RUN, WE PLANT!

Find out more about our Initiatives

The Logicom Cyprus Marathon is the most historic and the most popular Marathon in Cyprus, since 1999.

Preference cookies are used to store user preferences to provide them with content that is customized accordingly. This includes the language of the website or the location of the visitor.

Analytics cookies help us understand how our visitors interact with the website. It helps us understand the number of visitors, where the visitors are coming from, and the pages they navigate. The cookies collect this data and are reported anonymously.

Advertisement cookies help us provide our visitors with relevant ads and marketing campaigns.